How Advertising is Changing 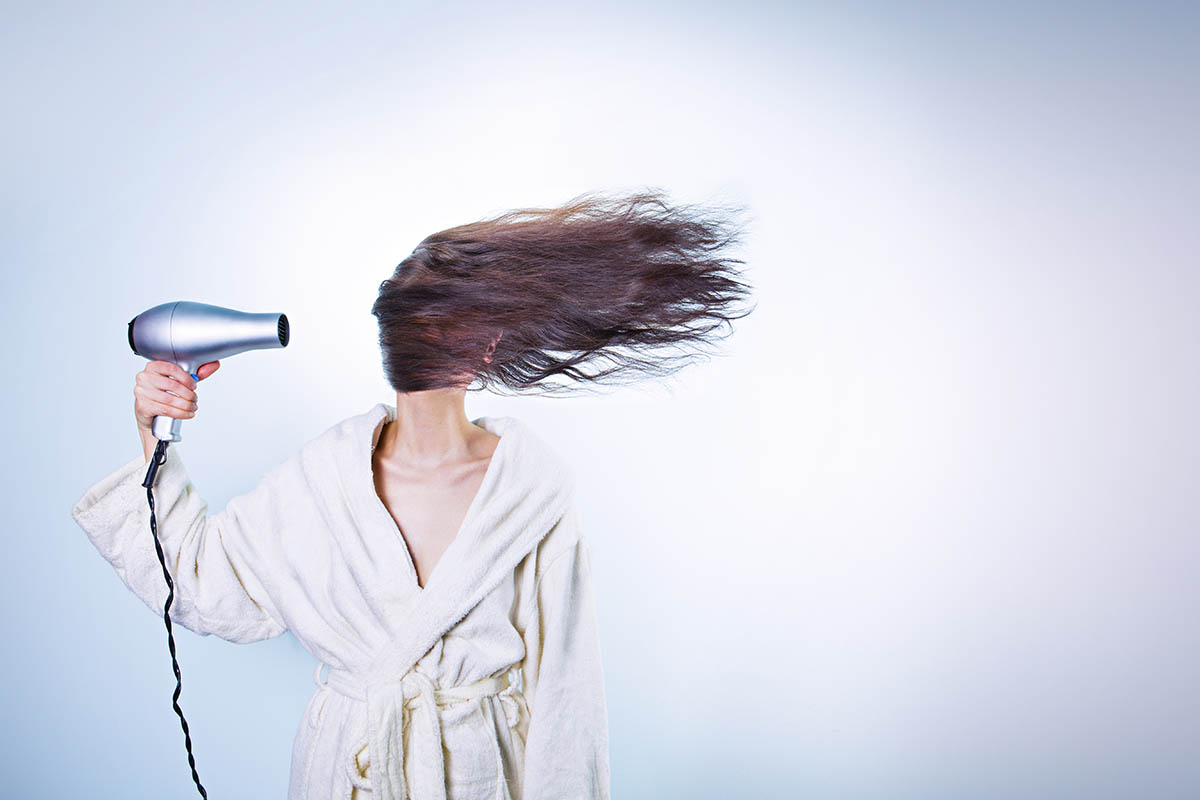 On your walk to work today, how many adverts did you see?

Probably hundreds: in newspapers, on billboards, mixed in with the podcast you listened.

How many of them caught your attention?

There is a plague of adverts, and this makes it very hard for any to catch your eye.

For advertisers and marketers, this is proving a huge problem: the old way of advertising just doesn’t work anymore.

This post will show you how advertising is changing to cope with these new conditions.

If you work in advertising, then reading this post will help you keep up with a profession in flux.

Due to rapidly increasing demands on people’s attention, the traditional model of advertising just doesn’t work.

Most of us view advertising as a sophisticated industry.

And although that’s true to a certain extent, it’s also worth remembering that the concept behind it is simple: advertising is ultimately about grabbing attention.

If you can’t do that, you won’t be able to sell anything to anyone.

But in the modern world, this goal has become increasingly complicated due to the rapid proliferation of content.

There are more demands on our attention than ever before!

As ex-Google CEO Eric Schmidt said 10 years ago (2010), the amount of content we created every two days was equal to the number humanity had produced from the dawn of civilization up until 2003.

We’ve shifted from a media environment defined by scarcity to one characterized by abundance.

And for the advertisers, it’s incredibly hard to cut through so much competition to reach an audience.

Making things even more difficult, people’s attention spans are decreasing – which makes the competition that much fiercer.

So, what can advertisers do?

For a start, they have to change their strategy from the AIDA model, which follows these four steps:

At every one of these steps, some people are lost, but the ones who remain will have a greater likelihood of making a purchase.

In other words, traditional advertising is about buying attention from the biggest amount of people possible, at the lowest possible cost.

This approach used to give marketers the best chance of funneling as many people as possible through to the end of the process.

But in the modern world, this model simply doesn’t work.

How do you create a brand?

If you want to reach people, you have to create an emotionally resonant brand.

Today’s companies are overwhelming the modern consumer with choice.

So how does anyone decide what to buy?

The truth is, most of us make purchasing decisions according to brands.

At heart, a brand is an emotional link between the customer and the company.

In other words, you are what you buy!

Since the connection is an emotional one, the best brands stand for something we admire, love or cherish – often many different emotions at once.

Take Coca-Cola, which stands for the joy and fun of summer, the happiness and family togetherness of Christmas, the excitement of a great party.

That leads us to another important aspect of brands: brands are social, giving people a common ground for connection.

Think of a shared affinity for a certain brand as a shared hobby, an interest that brings people together.

So how are brands formed?

Well, it all comes down to the company behind the brand, and how it builds on social understandings.

After all, a good brand is the image of the company behind it.

Google, for instance, has a brand that represents the future and the pursuit of knowledge.

Its core internet search business is key to its brand identity, as is its famous motto: “Don’t be evil.”

And yet, no company can have sole ownership of its brand.

Because the modern-day brand is also formed by people talking with friends and creating a collective idea around it.

To understand how this works, think about money: if we hadn’t all collectively agreed that money represented something (currency), paper bills would have no value.

That’s how it goes for brands.

Companies can try to convince us of their brand identity, but if we don’t agree with them, the brand will be worthless.

Why is Market Research useless?

Instead of relying on market research, find out what your customers want by connecting with them.

Has a market researcher ever stopped you in the street, asking about your purchasing habits?

Although market research is an $12 billion industry in the United States, it’s a massive waste, because asking people what affects their shopping behavior is pointless.

Most of our purchasing decisions happen on an unconscious, emotional level.

You may find that hard to believe.

After all, most of us rationalise our purchases, telling ourselves we make decisions by cost or quality.

But in reality, our subconscious leads us to act in ways we can’t fathom.

Remember, brands have an emotional appeal.

Accordingly, our connection to companies tends to be emotional – not rational.

Your typical market research will never be able to explain those emotional connections.

But if market research is moot, what can companies do to understand customers?

Well, the answer lies in customer service, which is about focusing on individual consumers to understand their needs and problems.

And in the social media age, this is crucial.

Because of today, it’s easy for just one customer with a bad experience to destroy your brand image.

Consider Dave Carroll, United broke his guitar on a flight in 2009.

He spent months trying to resolve the issue through customer service, but unsuccessful.

Then he wrote a song expressing his frustration and posted it to YouTube, where it went viral – quickly amassing over 20 million views up to today.

It was the worst possible thing for the United brand.

But it’s a teachable moment for us: instead of spending money trying and failing to find out what people want, simply reach out to your customers (especially anyone who’s angry with you) and find out firsthand.

Your customers will be happy – and you’ll also build up a great brand image.

What is your offer?

Good advertising offers customers something of value in exchange for their attention.

Previously, we’ve discussed the importance of connecting with consumers to understand their needs.

Well, it’s equally important to transmit your message to customers.

In other words, good communication is at the heart of advertising.

But what does that entail?

Some marketers approach the question of good communication from a rational framework.

They believe that giving people a simple choice between 2 (or more) items and arguing for the advantages of their superior product is the simplest way of effectively transmitting their message.

The problem with that approach?

Emotions are what drive our decision-making.

That becomes crystal-clear when we look at research on people who’ve lost their amygdala (the area of the brain involved in emotional response).

Not to mention, even people with functioning amygdala don’t like making decisions: studies have shown that giving people more choice makes them unhappier!

This means that good advertising must surpass the simple product-comparison approach.

Instead, you have to offer the customer something in exchange for their attention.

And that’s a crucial point.

After all, you’re delivering commercial messages your audience never asked for – one of the many messages bombarding your customers every day.

Remember that the modern consumer felt ever-more angry and frustrated with each new disruption.

Well, you can circumvent this by offering consumers something of value.

Customers don’t resent all messages – they just want messages they can use, somehow.

Accordingly, you will find a way to add some benefit or use to your messages, ultimately building brand loyalty.

Red Bull excels at this approach.

The energy drink company invites customers to design their cans and exhibit their creations in Red Bull’s The Art of the Can exhibitions.

Alternately, musicians can apply for the Red Bull Music Academy.

The reason all these ventures are so successful?

Because they deliver something of value to consumers.

How to produce good contents

In today’s media landscape, authenticity and good content are crucial for successful advertising.

Surely you’ve heard this famous motto of media theory: “the medium is the message.”

Well, maybe in the past.

But certainly not in today’s world.

Decades ago, it didn’t matter what your advert said – all that mattered was how it was delivered to consumers.

If you had an advertising slot on one of the few TV stations, your advertising message was likely to succeed regardless of content.

But as we mentioned, that’s no longer true.

Today, the digitisation of media has fragmented audiences and advertisers alike.

If you put your ad on TV, chances are people will either fast-forward through it or not even see it, because they’ve decided to watch the program online instead.

And that’s exactly why today the medium is far less important than the content.

To start, your content has to be authentic, because if there’s any dissonance between what is communicated and what is experienced, it will erode trust in your brand.

Consider Coca-Cola: if they tried to push a message about the healthiness of their product, few would believe it.

And then all the happiness and warm feelings they’ve built around their brand for years would be undermined.

That’s why advertising has to be authentic.

And yet – despite the growing importance of authenticity – scale still matters.

You need to have an authentic message and reach a lot of people to be a truly powerful brand.

Look at Red Bull: when Felix Baumgartner jumped 24,500 meters freefall for the brand, the stunt was broadcast on more than 40 TV stations.

Plus, more than 8 million people watched it live on YouTube.

Thus, Red Bull’s famous motto “it gives you wings” was literalised for a massive audience.

It was a brilliant piece of marketing.

How to develop an effective advertising strategy

As long as your advertising strategy reflects the changing media landscape, the future will be bright.

Now that we understand some of the media shifts underway, we can figure out how to develop an advertising strategy to reflect those changes.

So instead of launching massive campaigns, go for social copying instead.

Even if you don’t know that exact term, you’ve seen this phenomenon in action: whenever people yell “Wassssup” at each other, they’re copying a Budweiser ad – and ultimately spreading the beer company’s message far beyond the initial audience.

The big advantage of social copying?

It’s much more authentic than a standard TV ad.

Social media is another increasingly important aspect of contemporary advertising.

And to excel on social platforms, there are only a few simple rules: Be nice, and take your time to build relationships.

Many companies find social media difficult because they have to give up control over communications.

But you trade that control for attention.

And as long as you’re nice and authentic, no one will have any reason to complain.

This leads to an important point: advertising in the digital world requires a fundamental shift.

Businesses have to engage with their customers in a new way in the democratised online space.

Just look at what’s happening with TV, with the shift to social: people are increasingly commenting on shows in real-time, to enhance the viewing experience.

That means customers are no longer passive couch potatoes – they are active and engaged.

Accordingly, successful advertising will probably either have to be reciprocal (solving problems for people) or imitative (creating behaviors that can be copied).

And ultimately, the ideas that earn attention in the now infinite media space will be those that encourage consumer participation.

What is the key takeaway?

In today’s media landscape, attention is a precious resource.

That’s why traditional approaches to advertising no longer work.

Instead, marketers have to adjust to new consumer expectations by prioritising communication and authenticity.